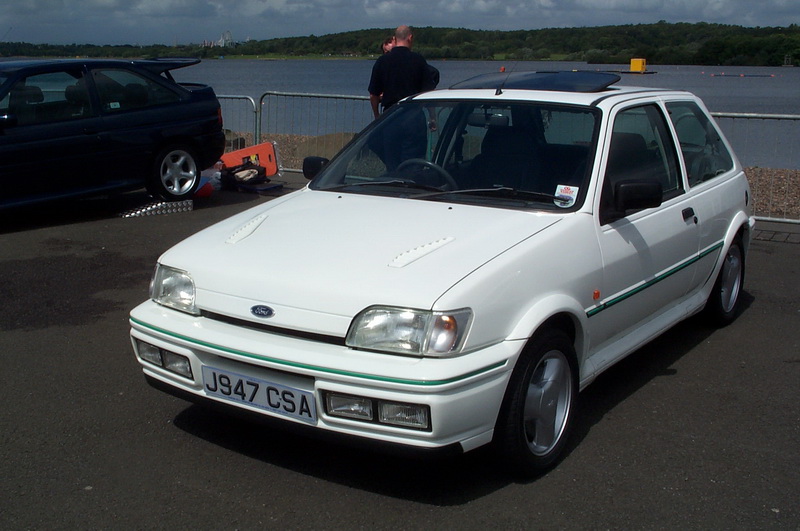 In 1990 Ford introduced an RS version of the Fiesta. It was fitted with 1.6 litre turbocharged version of the CVH engine. Basically it was the same as in the Escort RS Turbo, but with few differences. Turbocharger itself was changed to T02 instead of T03 in the Escort, this reduced turbo lag, and made the engine more flexible in low revs.

While Escort used Bosch KE-Jetronic fuel injection and Motorola engine management, Ford decided to use their own EEC-IV-management system in the Fiesta. Power figures were altogether quite same as Escort, 133hp at 5500 rpm and 183Nm at 2400rpm.

Inside Fiesta RST was fitted with Recaro seats otherwise it was basically as the XR2i.